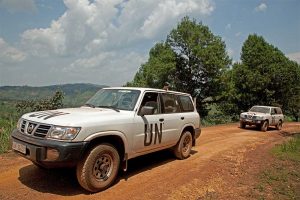 Aid workers are often transferred to a new crisis or war zone at a moment’s notice.

When this happens, they need to be absolutely certain that every piece of equipment is functioning properly as soon as they’re in situ—not least their vehicles.

That’s why CLS is constantly enhancing its HUMANAV solution in line with agencies’ evolving needs, and why the latest upgrades to its SOS function aim to further protect worker and asset safety.

Second to none for operational safety

Designed specifically for aid agencies, the HUMANAV real-time vehicle tracking and fleet management system is second to none for ensuring the operational safety and efficiency of humanitarian workers and assets worldwide.

It does this thanks to an advanced GPS Track and Trace system which serves to ensure the safety of personnel on the ground and prevent the unauthorized use of vehicles, while at the same time reducing overall fleet costs.

More info about our fleet management solution
for humanitarian missions

One additional feature which really distinguishes HUMANAV from other vehicle tracking tools is the SOS or Panic Button. When pushed by the driver, in the event of an accident, carjacking or other major incident, this button sends an instant alert to predetermined agency personnel in the form of a high-priority email and text message.

Given the extreme and often dangerous conditions in which many agencies work, this SOS function is not an option but a vital and basic component of the system which needs to constantly evolve in line with users’ needs.

On the basis of customer feedback, and as part of its policy of continuous improvement, CLS is therefore rolling out a number of key upgrades. 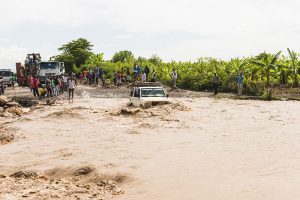 The first of these, already being deployed worldwide, is the creation of a specific communications channel for all SOS alerts. This is now separate from the channel for other alerts on maintenance, geofencing, fuel leaks and so on, to ensure maximum visibility.

The new channel also enables users to test the SOS function at any time and as often as they want.

This is a major bonus for aid agencies, which need to redistribute personnel on a regular basis according to changing needs and need to check that their SOS alerts follow those changes immediately. The SOS-specific channel and test function are now part of the basic HUMANAV package.

Other improvements to the SOS feature include the reinforcement of both button and cables, to make them stronger and more resistant to water, dust and extreme temperatures, and the addition of enhanced protective casing.

The panic button will be even more discreet than before, in terms of colour and position, and will feature a protective collar to prevent accidental activation. There are also plans to introduce a small LED to confirm that an alert has been received at the other end. 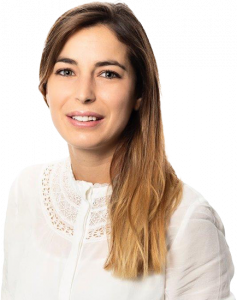 Presenting these latest upgrades, Capucine Martin, in charge of development for humanitarian activities said: “Given the nature of our customers’ work, we know how essential it is to listen to their feedback and to constantly improve the HUMANAV system in line with their needs.

The SOS function is a vital, lifesaving tool for our users, and these latest upgrades will ensure that it continues to help them overcome the challenges they encounter every day in the field.”